Percy Jackson is one of the most amazing series, it has humour,action, friendships and pretty much delves into every genre. Percy Jackson and the Olympians is definitely one of my favorite series ever written, and I recommend it to anyone who likes reading books.To be completely honest, it took me 15 mins to decide which one of them should come last. Even the last book was fun, hilarious, and everything. But someone has to come last. So without further ado let’s jump in.

Once reading one of the books it’s hard to stop! Of the five books in the Percy Jackson series, the fifth book, Percy Jackson and The Last Olympian has to be my favourite. The book is the last of the series and is to me the most exciting.

It is a vast and complex mystery of the great prophecy. In this book, which is the fifth in the Percy Jackson series, Percy is 16 and finally finds out what the ancient prophecy surrounding him is.The prophecy reveals that the fate of the world rests on Percy’s shoulders. Once again it is left to Percy and his friends to stop untold evil…as always! Which, let’s face it, we all love.A gargantuan army of evil titans and monsters has threatened to destroy New York and Olympus. Will Percy be able to stop the Titan army or will he fail drastically?

To add to this, Poseidon, the God of the Sea (Percy’s immortal dad), has a big problem on his godly hands. His second home, which is spectacular, is under attack from sea serpents. The rest of the Gods are now fighting Typhon in the East. How can the Gods help to save Percy now?

Rick Riordan manages to write humour even in the darkest times within the story. A story that made me want to read it every second of the day. An amazing story with the underlying question, who is the last Olympian?

Is it too long…I couldn’t fit all the tension and excitement of this book in one paragraph !

his book is about three people who go into the ancient Labyrinth. They are trying to find the centre of the Labyrinth where Daedulus works, because they want to talk to him about how to navigate through the Labyrinth. They need to do this to stop their evil enemies (Luke, Kronos and their army of monsters) from finding Ariadne’s string and navigating through the Labyrinth to destroy Camp Half Blood and then Olympus.I think you should read this book because it is funny and scary and makes you want to read more.This book is exciting, funny, adventurous and difficult to put down.

Did you ever think of the of being able to live forever??…being an immortal…..but it was just a simple truth for eleven year old Percy Jackson…he was a demigod and also the son of one of the Big Three!!….cant beleive that right?? even I couldn’t……but there is something more shocking than that….Zues’s lighteninig bolt has been stolen!!….if is not found then there would be a war among the gods……can young Percy Jackson along with his new friends, Annabeth Chase and Grover Underwood stop the war and find the lightening bolt??……I recommend this book for all children who like reading fantasy novels……full of thrill and mystery…this book must be read by all!!

Percy and his friends go an a rescue mission to a military shcool to recruit two Half – Bloods……but it unfortuanately the mission goes terribly wrong…..a monster attacks them and takes Annabeth along with it….Goddess Artemis tries to follow its trail but is captured and imprisoned….can the Hunters along with the campers find the Goddess in chains and rescue Annabeth when the prophecy by the Oracle has predicted that one of the five quest members will be lost forever and the other member will die by a parent’s hand??….according to me, this story is so captivating that once you start reading it, that you totally cannot stop until this book is over….this suspence story is surely going to be a part of your most memorable and interesting stories collection!!….

The Half – Blood Camp is in grave danger….monsters from the underworld are invading the camp…..the magical boundaries have been broken…..Thalia’s tree has been poisoned….only the Golden Fleece can now save the camp…. and Grover, Percy’s best friend has been trapped and threathened by Polyphemus…..can Percy Jackson and his friends save the camp and rescue Grover??…. I totally recommend all inquisitive young readers to read this trilling adventure book by Rick Roirdan to find out what happens next and unravel the mysteries of the book…..Sorry book two you came last ! 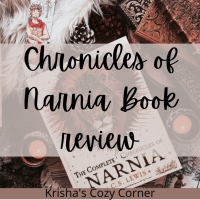 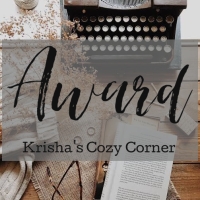 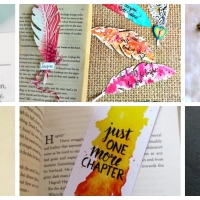 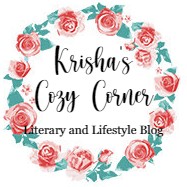