This fantastic book, The Lost Hero (a spin-off of the Percy Jackson & the Olympians series) has got to be one of the most thrilling I have ever read. It’s filled with action, adventure, a touch of romance, fantasy, Greek and some Roman mythology, and, well … more action. The Lost Hero is about a young boy, Jason, and his friends, Leo and Piper, who learn that they are demigods (aka the god’s children) and go to stay at the mysterious Camp Half Blood.

The story begins when Jason wakes up on a bus full of kids on a field trip. He doesn’t remember a thing and finds himself holding the hand of a pretty girl about his age who he doesn’t remember knowing. She says her name is Piper and that she is Jason’s girlfriend. Who are these people? Where is Jason? And what in the world is going on?

This book was amazing, every aspect of it was perfect! The character development and the relationships were written perfectly, as well as the eventful plot that had me falling off me seat. I didn’t think I would love this series nearly as much as I loved Percy Jackson.The characters were perfect. They each had their own vulnerabilities, flaws and troubled pasts that shaped them into the three marvellous heroes that we see before us today. All fiercely loyal, brave and ready to die fighting.

Unlike the Percy Jackson series, this book employs a technique where the point of view shifts between the three main characters – which is interesting but I can’t make up my mind whether I like it or not. Mostly because I find Piper’s character really annoying and have to resist the urge to smack her on the head. I missed Percy’s voice and personality.

But Riordan’s strengths remain intact. He is a master world-creator, his sense of humour and fun shines and the plot itself is detailed and interesting. I’ve read the rest of the books that come after The Lost Hero, and even though I liked some of them better than this one, it’s still an entertaining read.

3 thoughts on “Heroes of Olympus – The Lost Hero” 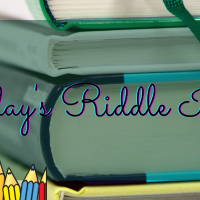